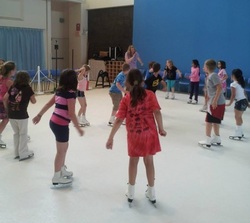 What happened on this day?

Thursday Feb 6th, 2014 at 5:00pm
Megan Reuther from WHO TV 13, aired an interview from The Ice Ridge, on the Olympics, our Olympic party, The Ice Ridge learn to skate program and home schoolers that enjoy our facility. 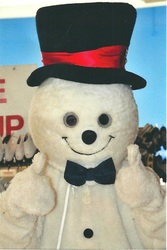 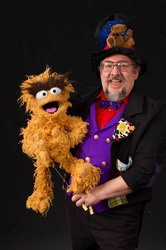 In 1976 ice dancing was included in the Olympic program; prior
to this (in 1972) it was the only part of the Olympics
as a demonstration sport.

Today, figure skating is one of the most popular sports in the world.

Single skating (Men and Ladies) consists
of a short program including 7 compulsory elements and
a free program. A well-balanced free program should include jumps,
spins, and steps.

One of the most significant criteria in the judging
of programs is the degree to which a pairs’ movements mirror
one another.

Ice Dancing is the only discipline that allows the use
of music with vocals. Dancers much adhere closely to the rhythm
of the music and express the character of the music with appropriate
emotion and feeling.

At present, ice dancing competitions, like those
of other forms of figure skating, consist of two programs. The
short program combines a compulsory dance—consisting of one
or two parts—and certain proscribed elements. The theme and rhythm
of the musical accompaniment is determined each season by the ISU
the sport’s governing body, while the length of this dance—currently
2 minutes and 50 seconds—is similar to requirements of other
forms of figure skating. The free dance has not undergone significant
changes over the years and the basis of its scoring remains, the quality
of the compulsory elements in close dancing positions, the unison the
skaters display and their ability to express the character of the
musical selection.